Home
>
Blog
>
Where Was The Vacuum Cleaner Invented

Invention of The Vacuum Cleaner

Where Was The Vacuum Cleaner Invented? The vacuum cleaner is a device that collects dust and dirt by creating a partial vacuum.

It creates a vacuum with an air pump and is typically used to clean floors, but we can also use it to clean other surfaces.

What a vacuum cleaner sucks up is gather in a dust bag or cyclone and discard later. Nowadays, vacuum cleaners come in various sizes and shapes, ranging from battery-power hand-held devices to industrial machines that can suction several hundred liters of dust to vacuum cleaners the dimensions and structure of a truck that are used to clear big spills or remove pollute soil.

1860: Daniel Hess of West Union, Iowa, invents a carpet sweeper, a forerunner to the vacuum cleaner, with a revolving brush and suction bellows, but never mass-produced.

1869: Ives W. McGaffey creates the “Whirlwind,” a cleaner with a hand-operated fan that, despite its inconvenient operation, outsells Hess’ carpet sweeper.

1876: “Grand Rapids” was invent; a carpet sweeper with brushes attached to wheels that rotate and clean the floor as the sweeper advances. Melville R. Bissell was the man who came up with the name “Grand Rapids.”

1898: John S. Thurman of St. Louis, Missouri, invents a “pneumatic carpet renovator” that runs on gasoline and cleans dust by blowing air rather than creating suction.

1900: Corinne Dufour improves the carpet sweeper by using electricity to power it and coating the rollers with a sponge that has been dampened with water to better capture dust.

1950: The first upright vacuum cleaners were manufacture in 1950.

1954: Hoover introduced the first hovercraft vacuum cleaner in 1954. It has no wheels, but it floats on its exhaust.

1963: This year, David Oreck began producing industrial-grade upright vacuum cleaners that are lighter and easier to use.

The Vacuum Cleaner’s Invention: The Story

On the streets of London in 1901, you might have witnessed a stunning image—one that would forever transform the way most of us clean our homes.

In the 1890s, he was hire by Maudslay, Sons, and Field in Lambeth. Where he was best for building suspension bridges and fairground Ferris wheels (including the iconic Riesenrad in Vienna).

After seeing a demonstration of a new machine at London’s Empire Music Hall in 1901, he decided to apply his skills to cleaning services.

He realize there was a deadly defect in the contraption on show. We made it to blow air in the hopes of lifting dust from the carpet and depositing it in the collecting bag. The inventor informed him that the alternative approach proposed by Booth—sucking up dirt through a filter—was impossible.

Booth accept the challenge and started on a journey to create a machine that suck rather than blew. After purportedly near-fatal testing in which he suffocate after sucking up dust from the arm of a chair while wearing a handkerchief ‘filter,’ Booth get the British Vacuum Cleaner Company and present his new invention. Where Was The Vacuum Cleaner Invented is not a difficult question.

Cleaning With A Vacuum As A Luxury

After a barrage of criticism and a series of court cases, Booth finally persuade a judge and jury that his powerful machine was the only vacuum cleaner that worked at the time, both because of the disruption it caused on the streets (frightening horses) and because of a series of disgruntled inventors.

Cleaning everything from Buckingham Palace to the Royal Mint and Crystal Palace—where 26 tonnes of dust were swept from the rafters during a spot fever outbreak during the First World War—They quickly establish its reputation as a piece of dependable cleaning equipment.

Despite the drama and spectacle of Booth’s invention, the core technology and suction concept of most vacuum cleaners today were the same. Vacuum cleaners quickly became smaller, more portable, and, most crucially, less expensive. Before 1915, smaller motor-powered vacuum cleaners, such as those by Hoover and Electrolux, began to appear.

At the turn of the century, a vacuum cleaner was consider a luxury item. However, following World War II, the commodity gradually became an essential household item. It keeps making our lives easier. The history of vacuum cleaners is fascinating. 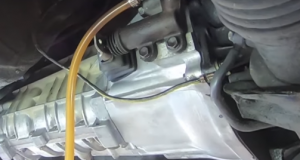